Many women experience problems related to their menstrual flow and cycle — some of these issues can be painless and may go unnoticed, the same cannot be said for some others like Endometriosis. 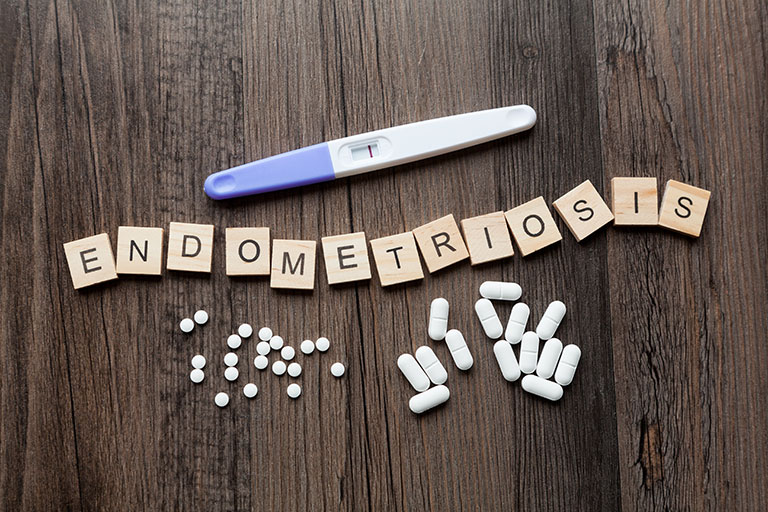 Endometriosis is a disorder whereby the tissues similar to the endometrium – the womb lining begins to grow outside the uterus. The endometrium is a tissue that lines the inside of the uterus. This disorder is painful in most cases, however there are some cases where there is little or no pain.

Endometriosis can involve the ovaries, the tissue lining of the pelvis, and even the fallopian tubes. Although it is possible, the endometrial tissue does not usually spread beyond the pelvic region. When the ovaries are involved, it causes cysts called endometriomas to develop. Even worse, surrounding tissues can become affected and irritated, causing scar tissues to develop and bind pelvic tissues and organs to each other, as a result of abnormal bands of fibrous tissues called adhesions.

Endometriosis can be painful, especially during menstrual periods. The pain can be severe or mild. However, with early detection, it can be treated effectively.

Although the possible cause of Endometriosis is not exactly unproven, there are several indicated

factors which can cause endometriosis, they include:

Some other symptoms of endometriosis include;

There are other symptoms one can experience with endometriosis. Although they are usually noticed when you are on your menstrual period. These symptoms include:

Note that the degree of pain felt is not an indicator of the severity of the condition. This means that there can be cases where one is experiencing severe pain when they only have mild endometriosis, and there could be little or no pain in advanced endometriosis.

Sometimes, endometriosis can be mistaken for other conditions of the pelvic region like pelvic inflammatory disease (PID) or ovarian cysts, due to the pain it causes. Also, it can equally be mistaken for Irritable Bowel Syndrome (IBS), due to the diarrhoea, abdominal cramping or constipation. Sometimes, the diagnosis of endometriosis can become complicated when IBS accompanies it.

Who Is at Risk?

Endometriosis does not set in suddenly; it takes time and begins to develop several years after the first menstrual period known as menarche. The symptoms may improve with pregnancy or may disappear on its own when menopause sets in.

Two serious complications can arise as a result of endometriosis, which includes:

Endometriosis can affect pregnancy by blocking the tubes and preventing fertilisation between the egg and the sperm cells. It can affect fertility by damaging reproductive cells ultimately.

However, people with mild endometriosis can still get pregnant. Although they will be advised by the doctor not to delay with having children as the disorder can get worse over time.

If any of these symptoms of endometriosis is noticeable, you should seek medical help immediately — early diagnosis will aid significantly with efficient treatment.